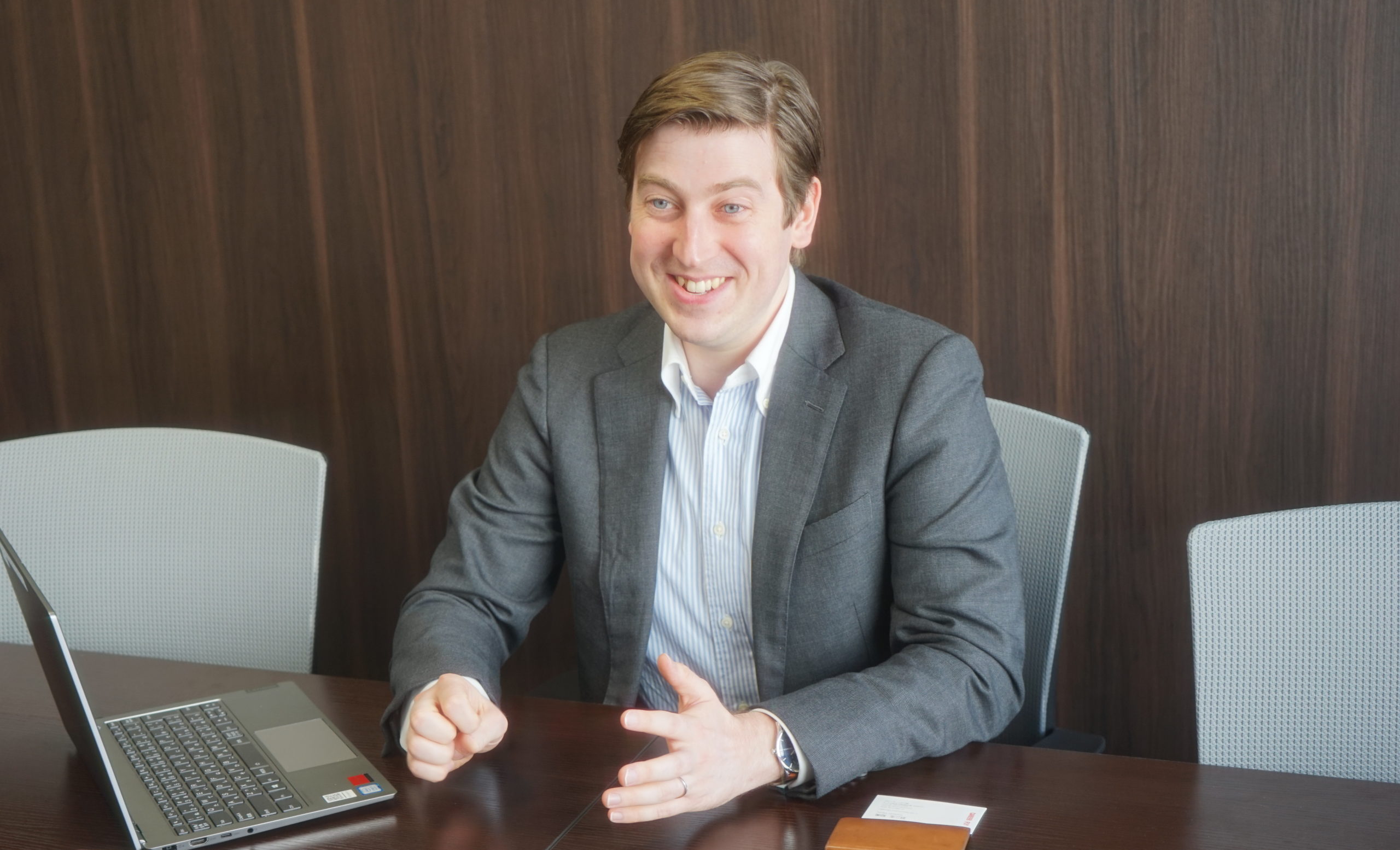 CF: Hi, can you give a brief introduction of yourself & why you choose Japan?

Eoin: Hello, I am Eoin, 29 yrs old and I am from Ireland. I studied international business and Japanese in college back in Ireland. Ireland has a different education system which gives a lot of opportunities to students to explore their areas of interest and because of that, I tried my hand at the Japanese language. I tried studying other languages as well as French but found Japanese the most intriguing one. So in my 3rd year while studying Japanese I came to Japan for an exchange program to Takasaki in Gunma prefecture. I spent my one year in Takasaki & totally loved it. Being an Irish man, I have been brought up in farmlands, with horses & cows being my neighbors. So, therefore I loved my new city life in Takasaki. Things were very organized, trains were on time & the culture of the whole city was welcoming.
And then after my graduation in Nov, which was five years ago, I came back to Japan in Dec to continue living here. Back then, I applied for a working holiday visa after my graduation and went back to Takasaki. I simply loved that city.

CF: And after that?

Eoin: I started looking for jobs in Takasaki & learned many things. My first job was an ALT teacher at Tochigi. I taught English language to 6yrs to 16yrs old students. I did bizarrely well in that but I wasn’t able to earn as per my expectations. Plus this is not what I had studied in college.
So after being an ALT teacher, I moved on to a market research firm in Shinjuku, Tokyo. I got an offer from there immediately after resigning from the teaching post.
It was a marketing start-up company providing clients with what they need based on data researched. I did SWOT, PEST, COST analysis and all sorts of other analyses to generate relevant data.
Since it was a rapidly growing company, it was a perfect platform for me to learn a lot. In no amount of time, I was made the head of the virtual reality department within three months of joining. I joined that company in Aug17, was made department head in Jan’18 & in mid of 2018, I could foresee that company was not going in a positive direction. So in Nov’18 I quit, worked as a freelancer until I joined this present company and to everybody’s surprise that company from 2018 stopped existing from Jan’19.
So, things really worked out well for me.

CF: What do you think to lead to the downfall of that company?

Eoin: In my view, the director/ founder of that company was not open to ideas or to try out new things suggested by others. Even though he was very young, he was very adamant. He hired an accomplished staff but didn’t listen to their advice. Which, in my view lead to the company’s downfall.

CF: After having worked with a couple of Japanese companies what do think are the advantages or disadvantages of working in Japan?

Eoin:  As per my experience, in a Japanese company, for better or worse the professional & personal line can be really blurred, which has its positives and negatives. For example, if I wish to share my personal problem with a friendly co-worker, I can easily do it over a cup of coffee or over a beer pitcher. Such an open culture is ok for me but can be problematic for others. For that type of people “nomikai” culture can be a real big problem.
I believe the communication style is very important for any office. One should be familiar with the local language else she/he can have a problem in settling down. Therefore, for a non-Japanese, it is important to learn the language & the culture of Japan.

Second, the surprising thing for me was the system of Taxes, that I have to pay my own taxes on the basis of bills provided by the ward office. Sometimes my tax is decided as per last year’s rules & sometimes the current years! There is no streamlining of bills like Ireland, where the taxation is taken care of by the city hall and the employer. The employee gets the salary only after tax deductions.
Third, a thing surprising for me is the kind of benefits a Japanese company gives. It is amazing. From housing allowance, travel allowance, health insurance, pension, and many other such allowances.

The negative I would say is the hierarchy system. Sometimes it is underdefined and that can cause a bit of conflict.

CF: Did you ever experience the issue of overtime?

Eoin: No I haven’t experienced it personally, but yes the overtime issue exists. One of my friends from college experienced this, wherein she was made to work beyond office hours and when she tried to oppose, she was told to follow the company culture of overtime. The company culture was such that the employees would punch their time cards at 6 pm but return back to their seats to work until 8 pm.
Japanese people are usually very cautious of their environment & usually follow what everybody else is doing.
However, there are still many other companies who don’t follow this Japanese culture. Personally I believe if you are efficient enough, you don’t need to sit beyond office hours. This culture of overtime is usually followed in companies where the management is of an earlier generation, who believes in the number of working hours more versus the output.

CF: Can you share a bit about your current profile?

Eoin: In my present company, I am an account manager. I handle two overseas accounts that develop marketing automation tools. One of these tools is for advertising on Amazon and the other one is a bit more complicated. My goal is to do sales for these two tools in Japan. My scope of work is wide which makes me a jack of all trades.

CF: What drives you? What keeps you motivated?

Eoin: I love what I am doing. I believe in putting the best foot forward, irrespective of what I do. From an ALT teacher to marketing professional I believe in doing my best.

CF: What do you like the most about Japan as a country?

Eoin: There are so many things I like about Japan. Foremost is the weather. The weather here is clearly defined into four seasons summer, winter, spring & autumn. It’s fantastic.
Second is its vast biodiversity. Just 30 mins of train travel can take you to a place with totally different flora and fauna.
Third, I find the people of Japan to be very kind and polite. They give a lot of importance to “How you present your opinion politely, even if it’s negative.” This aspect clicks with my Irish background & culture.
Last, I love the food here, everything. I simply love it, it’s incredible.

CF: How long you plan to stay in Japan?

Eoin: I am definitely going to stay for a long time in Japan, maybe 10 years or more. I simply love it here.

CF: What is your career fly(goals)?

Eoin: I have short term goals. In three years from now, I am going to be really good at what I do、which is account management and bring &spread good tools from other countries into Japan. Language-wise I wish to be much closer to the native level. As of now, I can speak Japanese and perform in a Japanese environment but in the coming years, I wish to be better at it. I am still new to this industry and as I work with other companies I feel like I would also want a strong network across various industries.
In a nutshell, I aim to exceed expectations in all I am doing.

CF: What is your advice for candidates who want to come and work in Japan?

Eoin: If given a chance to start my career all over again, then I would start my journey in Tokyo. So my first advice is to look for a way to enter Tokyo. There are unlimited opportunities in Tokyo for foreigners.
Second test the job market for yourself with a working holiday visa. Look for a friend here who can apply in the local language on your behalf. That will help you get a part-time job quickly.
Third, master the language. Learn as much Japanese as you can. Not knowing the language will affect your daily life personally & professionally.
So these are my three most practical advice.

Synclink Mr.Eoin
Meet Eoin, an Irish sales & marketing professional carving his own path towards success in the Japanese corporate world. This honest interview about his life in Japan from the past 5 years is an eye-opener. From his first job to his current job, the one thing that remained constant is his go-getter attitude & his will to do his best, no matter what.