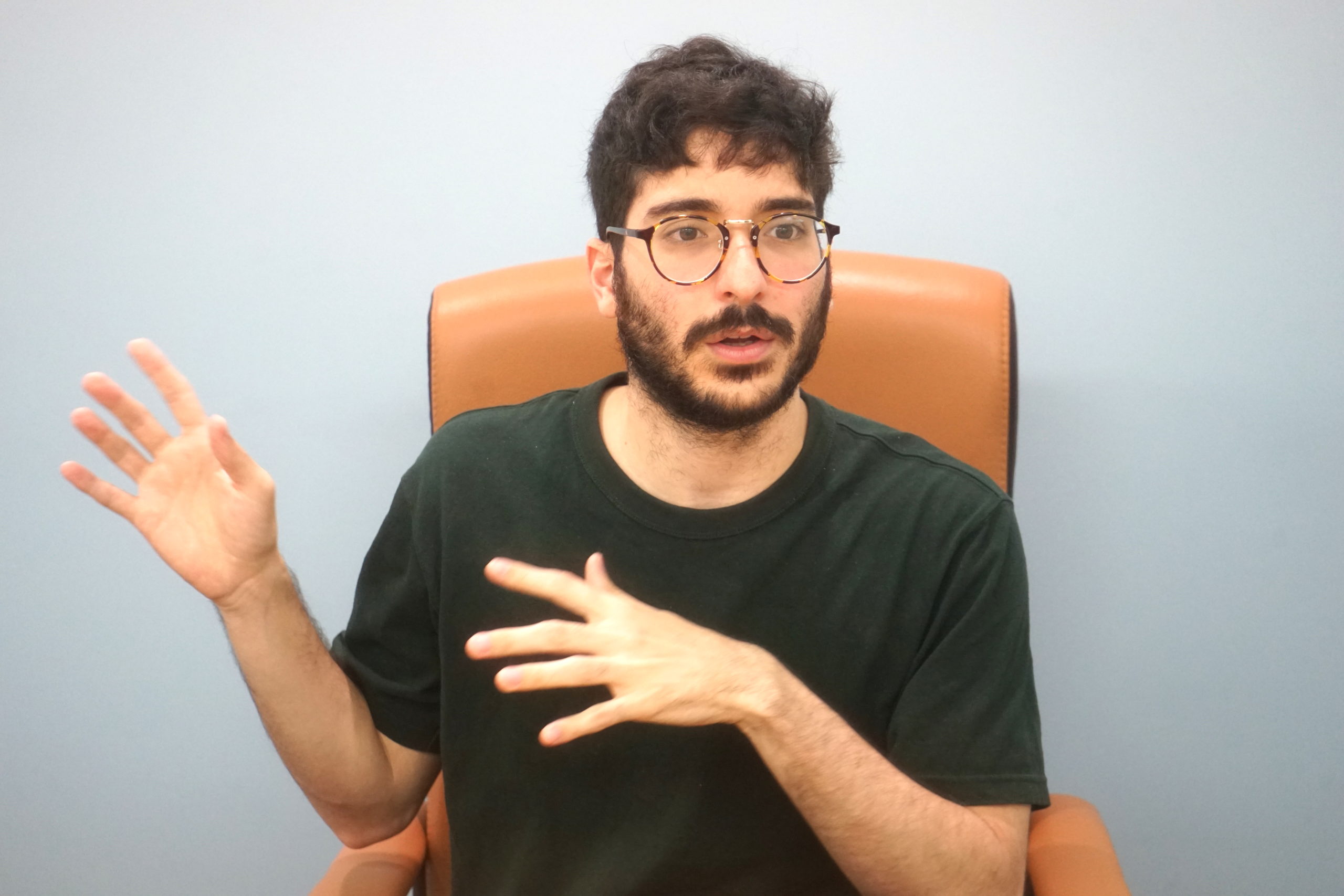 Caree Fly(CF): Hello! Mr. Armando, what’s your story? How you became an Engineer? What inspired you to choose programming?

Mr. Armando(A) : I am from Puerto Rico. I did my studies there. I joined Puerto Rico university as a general student & took computer science only as a subject. In those computer programming classes, something sparked and I decided to do Computer engineerings as my mains. I am in love with programming now.

CF: After graduation, you had so many places to go, as in America & other places? Why did you decide to work in Japan?

A : After my graduation, the whole new world of opportunities had opened up for me. But I decided to come to Japan. I had already been to Japan earlier for 3 weeks as a tourist & I liked this place a lot.

CF: How you came to Japan earlier?

A : I went from Puerto Rico to Thailand for a student exchange program and traveled from there to Japan. During that time I really liked Japan & it remained back of my mind that I want to live here someday.

CF: So, how did you search for a job in Japan from Puerto Rico?

A : Over the internet through many groups. My search was very limited as I was looking for companies accepting Non- Japanese candidates and also offering a working visa. I found Solairo over the internet. I didn’t know the Ruby language before joining Solairo. But I had learned other languages, so it helped me familiarizing with Ruby on rails.

Mr.Armando’s tip to budding engineers: Learn the most difficult programming language and find similarities & build your skills in other languages accordingly.

CF: And what about the Japanese language? Lol

A : Oh, its tougher than programming. Lol. I am still learning. However, I learnt a bit of language before coming to Japan over internet. I practiced kanji & grammar a lot.

CF: What difference do you feel between traveling in Japan & actually living in Japan?

A : The only difference I see is that while traveling I could discover the whole of Japan but while working I am just bound to this place. So basically physical boundaries. Rest all is the same. People are very friendly & welcoming either way.

CF: Can you tell something about your initial days in Japan? Did you face a lot of challenges?

A :  It was a very smooth start for me. It wasn’t hard for me. I have always loved Japanese food: sushi & ramen. Traveling system in much better here, so for me it wasn’t troubled on those lines.

The only hard part was looking for a house in central Tokyo close to my workplace. It all ended fine & I got a good place just a station away.

CF: How did you make friends here?

A :  Go out, talk to people. I went out a lot in the initial days. I spoke to random people & that’s how I made a lot of friends. Now I know many people, I prefer to stay at home. Lol

CF: Can you talk about your work at Solairo? How is it going? How did you familiarize with Ok Sky system? I think it’s pretty unique.

A :  I like the system of flex timing at Solairo. It suits my personality. Also when I joined the company there was an American guy. He made me familiar with Ok Sky system & spoke to me mostly in English. Therefore, it was an easy start professionally as well. And to communicate with my fellow Japanese co-workers I use slack.

CF: Now after year an a half how is it going for you in terms of Japanese language & communicating with your co-workers?

A :  We still use slack, and also I am getting better at my Japanese.

CF: How big is your team now?

A : My American boss is no more with this organization, so I am doing his work now.
I have a junior developer working with me. He is also a foreigner from Bulgaria & we communicate in English with each other. We both are working on this application. Then there is a parallel team working on AI.

A : Yes, I do. But currently, they use the Japanese Language for AI. Maybe in the future, if the company decides to do AI in English, I would love to work on that. It’s also my goal.

CF: Do you plan to make your team bigger?

A : Yes, more the better. If there are more people, I can do much more work.

CF: What are your other interests apart from programming?

A : I like building music & developing apps to help build music. I am parallel working on those apps in my free time. I usually build apps that help me. Lol

CF : So are you using Ruby mostly for programming?

A : On the front side we use Java, but on the server-side we use Ruby on Rails.

CF: Some engineers like Ruby & some don’t. What are your views about this language?

A : Ruby is good to write & read, but when it runs, it is slow & bad in memory. If you want something real quick & easy Ruby is perfect. It’s very convenient & powerful.

CF: What languages you studied during your college?

A : C, C++, JAVA & assembly. I also did a binary in my college. And to graduate, we made a project using HTML only.

CF: Was is it difficult to learn a language on your own?

A : Yes, a little bit. I learned Japanese on my own, and also Ruby by googling & watching videos.
But the hardest part for me was learning the company’s code. It actually took a long time. There was no easy way to learn but to fix the bugs and learn the code while doing so.

Japanese was harder for me to learn because I was doing it alone in Puerto Rico. I couldn’t practice it much. I remember I also watched anime in Japanese, to learn better.

CF: You sound like a very motivated person. From where does this motivation come?

A : Actually till 8th I was very rebellious and my focus was not towards study. But soon after joining another school which was specialized in maths & science, I got back on tracks.

CF: Do you wish to settle down in Japan? Or explore more?

A : I wish the whole world was like Japan. It’s so peaceful and has the best transport in the whole world. But I wish to explore more. World is too big.

CF: What is your future career plan in Japan.

A : Getting better at what I do. I wish to develop a better bug-less perfect system.

A : To reach people with music. Build applications that can bring people together. And also save the environment.

CF: Any advice for candidates wanting to build their career in Japan?

A : One can achieve anything even if you don’t know the language. You just need to put all your energy and focus on your goal.

CF: Thank you very much for such great advice. Hope it inspires other candidates to build their career in Japan.

Mr. Armando J. Ortiz from Solairo
Meet Mr. Armando J Ortiz who joined Solairo 1.5 years back from Puerto Rico. He works as a full stack engineer. He traveled to Japan once for three weeks & liked it so much that he decided to start his career here.
Read his motivating story as he didn’t know the Japanese language & also didn’t know the programming language which he is currently working one, but still was able to build a career in Japan. Towards the end of the interview, Mr.Armando gives some good advice for future candidates.